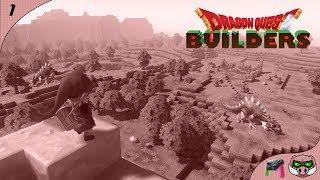 Controller Hog is playing Dragon Quest Builders for the Switch! I’ll be starting from the same spot that the demo ended, so if you would like to see the game up to that point, search the archives for that stream. 🙂

What is Dragon Quest Builders?

Generations ago, the realm of Alefgard was plunged into darkness by the terrible and treacherous Dragonlord, ruller of all monsters. Mankind was robbed of the power to build and forced to wander the ruins of their former home, scrounging and scavenging in the dust to survive.

Now it’s up to you, a Legendary Builder chosen by the Goddess herself, to return the power of creation to the people and rebuild Alefgard. Only when the wonder of imagination has been returned will mankind be able to overthrow the evil Dragonlord once and for all!
_____

1) Have fun!
2) Be nice!
3) Don’t spam! This means caps, random letters, or emoji.
4) Don’t ask to become a moderator. The Controller Hog hand-picks his mods, and asking will not help your cause.
5) If you like the stream, be sure to hit that like button!
6) If you like what the Controller Hog does, consider hitting that “Subscribe” button! He would really appreciate it. ?
——

Connect with the Controller Hog:

Want to support the Controller Hog beyond watching? You can always make a donation at https://youtube.streamlabs.com/controllerhog