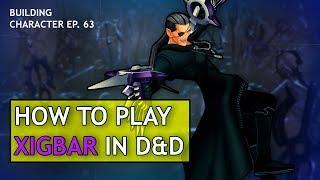 Today we have a build for Xigbar from Organization XIII for D&D 5e! If you think shooting people is fun in D&D but hate how every melee fighter always rushes you down, this is a build for you. Focused on shooting sharp and teleporting away when the going gets rough.

How to build the best Gummi Ship: Kingdom Hearts