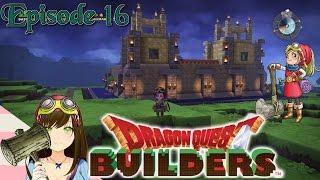 Today is all about finding those hidden, secret side quests and getting some awesome (hopefully) rewards! 😀 I have been super busy with this game, it’s very addictive. I have now built the second watchtower and a nice building between the two watchtowers too! 😀 Today we are going to upgrade our rooms, i have had a few suggestions about adding a few items which is going to make our rooms alot better!

Dragon Quest Builders is a sandbox action role-playing video game developed and published by Square Enix. The game is set in Alefgard and players control the savior who is tasked with rebuilding the world after it was destroyed by the evil Dragonlord. The game features gathering and building elements similar to Minecraft and Terraria.
ret quests and getting some awesome (hopefully) rewards! 😀