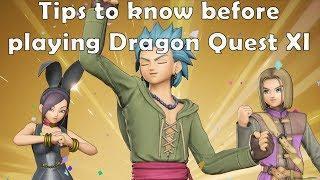 Make sure to follow me on Social Media for updates on what I’m doing, games I am playing and for future giveaways.

Also doing a Giveaway of Dragon Quest 11 so make sure to check that out:

All game-play footage was captured by me on the JP version of the game.

Make sure to break every vase and barrel you see. They contain really useful items such as crafting material, money, special coins and more. Special coins can be redeemed for rewards after you reach a certain area in the game.

Bookshelves with red books contain information and/or crafting recipe. When i first started, i ignored them for the most part, but they prove useful. They can give you recipes for weapons, armor and accessories.

Getting familiar with the Forge/Blacksmith. The forging option is extremely useful. By collecting crafting materials, you can craft strong weapons, armor, and accessories. The further you progress in the game and the more you forge, the better you become at it. You unlock new forging techniques which makes it easier to forge stuff later in the future.

Take a break and go gamble. The casino is a nice change of pace when you don’t want to keep grinding. They offer a variety of games at the casino. You can exchange your money for casino tokens and then the casino tokens can be used to redeem casino prizes.

There is a lot of other stuff i didn’t include. I wanted to include some of the more basic ones that will help new players to the franchise.