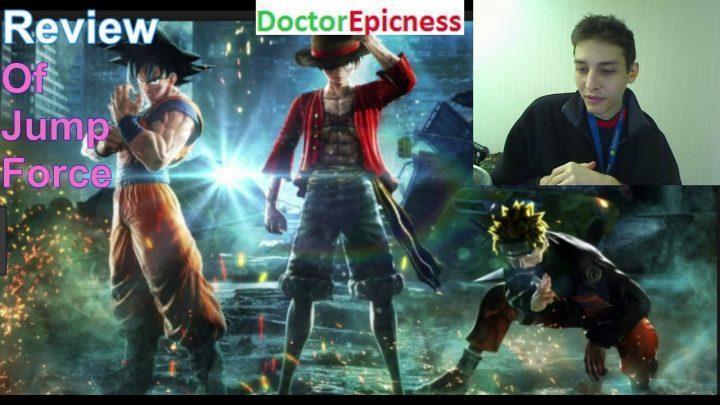 Review Of Jump Force (An Epic Anime Fighting Game For The PS4, Xbox One, And PC)

This video features my review of Jump Force. As mentioned in the video, is a riveting anime crossover fighting game that is essentially a vastly augmented version of J-Stars Victory VS that offers superior gameplay mechanics and more content than its predecessor game. Jump Force will be released for the PS4, Xbox One, and PC and will also feature fighters from many popular anime series such as One Piece, Dragon Ball Z, and Naruto.

Become A New Patron Of My Epic Video Content Via Patreon: https://www.patreon.com/EpicContentCreator

Become A Follower Of My Epic Live Stream Content Via Twitch: https://www.twitch.tv/epicnessunleashedcontent