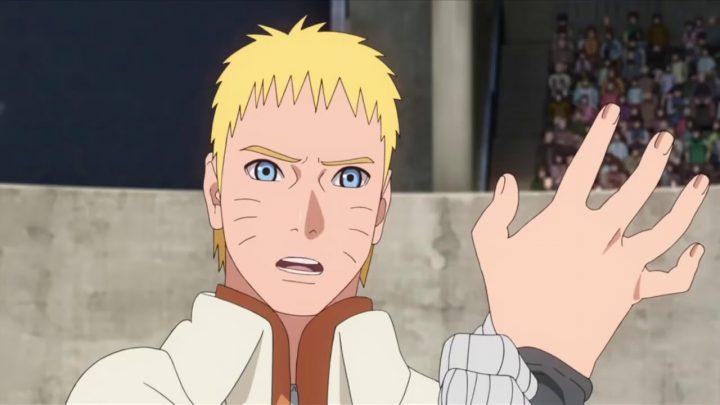 ‘Naruto’ Reveals Boruto’s Shameful Secret
————————-
Naruto Gets Shocked When He Saw Boruto Uses Purple Lightning, Chunin Exams, Boruto Naruto Next Generations Episode 61, Boruto Episode 62 Preview
——————————–
Boruto: Naruto Next Generations has been met with a huge fan response as the series finally reached the turning point of the Chunin Exams arc was seen in Boruto: Naruto the Movie. Not only were fans treated to a great showing of Shinki’s power, fans also saw something they’ve been waiting for.

Boruto finally faced the consequences for using the Scientific Ninja Tools during the exam, and his shameful secret was unveiled to the ninja world in a big way.

After failing to defeat Shinki even with Sarada’s help, Boruto and Sarada found themselves in a tight situation. Things got even worse when Sarada was defeated, leaving Boruto to face Shinki’s magnetic jutsu mastery alone. Boruto decides to charges at him with one last Boruto Stream.

While this manages to stack up to Shinki’s Iron Wing jutsu well enough, it’s still not enough to even push Shinki back. Boruto then feels the pressure of losing the fight here, and gets frustrated because all of his mentors have told him that’s he’s going to need more strength. But he’s always felt that the strength does not come fast enough, and his impatience is what led him to using the Ninja Tools in the exam in the first place.

Boruto decides to use the Ninja Tool one more time, conjuring a purple lightning jutsu (which catches his father’s attention), and manages to defeat Shinki. But rather than celebrate this victory, his father Naruto reprimands him for using the Ninja Tools and disqualifies him from the exams and from being a ninja in general.

2
COMMENTS
Boruto felt bad already, but this was further emphasized when Katasuke revealed that it was his plan to use Boruto as a public test subject. He pushed Boruto into using the tool for his own benefit rather than Boruto’s. But before fans can see more of this emotional fallout with his friends and fellow ninja, the Kaguya clan interrupts the proceedings.

For those unfamiliar with Boruto’s predecessor Naruto, it has quite a storied history. Originally created by Masashi Kishimoto, the series ran in Shueisha’s Weekly Shonen Jump for 700 chapters. The story follows Naruto, a young ninja with a sealed demon within him that wishes to become the leader of his home village. The sequel, Boruto: Naruto Next Generations is set several years after the events of the original Naruto story and featuring the children of many of its key characters such as Naruto and Hinata.