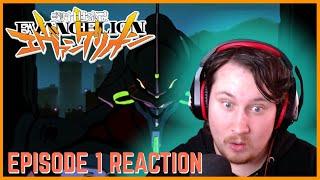 Anyway! This is the new installment to the channel and this is called ‘Neon Genesis Evangelion’, a mecha anime that looks badass!
The story so far there’s an enemy called and ‘Angel’ which is this big monster looking thing and then we go out MC, who is ‘Shinji’ who is now the pilot of a Unit 01 class giant mech called ‘Evangelion’, that of which Shinji’s father has created, being the leader of a company called ‘Nerv’ and to be frank, he’s a right douchebag.
So now with Shinji at the wheel, what will happen next? we shall find out!

Catch you in the next one!