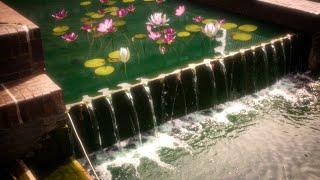 The global premiere of Studio Ghibli’s My Neighbour Totoro comes to London’s Barbican stage this autumn. The celebrated 1988 animated feature film by Hayao Miyazaki will be brought to the stage by its original composer Joe Hisaishi in a landmark new adaptation by the RSC written by playwright Tom Morton-Smith. This enchanting coming-of-age story explores the magical fantasy world of childhood and the transformative power of imagination, as it follows one extraordinary summer in the lives of sisters Satsuki and Mei.

Top Ten Lines from Spirited Away