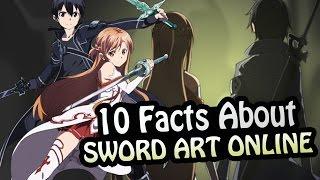 This was 10 Facts about Sword Art Online.. Was supposed to get this up sooner but some things came up 😛 Sorry! here it is now haha
If you enjoyed this video id appreciate if it you could tap dat like button, and subscribe for future videos!. Also, if you have any ideas for any top 10’s leave me a comment down below, i make top 10’s on just about anything!