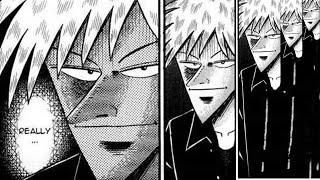 There’s bad anime, & then there’s whatever this is. My reaction to this anime was both waranted, & understated. Even the worst anime would be crushed like a tin can for even attempting to approach something of this level. If you’re gonna do an anime roast, it better be legendarily poorly animated, make the characters look different every single scene, & have music that’s so cheap it’s pulled from a public domain sound library…& this has all that & more. This whole kenny lauderdale bad anime thing is surprisingly hard to do. You don’t generally run into something on this level. I scrapped this review something like 30 times, came back to it, scrapped it again, rinse repeat & here we are. If there was ever a VHS tape that had a real life cursed anime on it, this would be it. Sometimes it doesn’t move, sometimes there’s live action for no reason, sometimes it’ll look like it was drawn by different people, in different towns, who had all never seen anime before. This anime doesn’t scrape the bottom of the barrel. This anime isn’t the bottom of the barrel. This anime isn’t below the bottom of the barrel. This anime doesn’t deserve to be mentioned in the same SENTENCE with barrels. Worst anime ever? ehhh, probably not but it’s a special kind of bad anime that’s difficult to describe. In a way I’d be less harsh on it if it were worse. At least then it would be more funny to make fun of it. At least then I would have some kind of reaction to this anime. If they ever make fake anime to lure anime fans into a field with some plastic ducks this is what it’d look like. This isn’t something people should watch, it’s more akin to what they’d test crash test dummies on to see what people’s tolerance for garbage is. I know the kenny lauderdale channel has a few reaction videos to bad anime, but this is kind of the last one I can do. If there’s something worse than this I don’t want to know about it. Charge man ken was funny bad, this is just….bad bad. The person who wrote is used a PEN NAME, they didn’t even attach their real identity to this. You wanted another bad anime? Well this is it, I hope you’re ready for it.

Consider Supporting me on Patreon
https://www.patreon.com/kennylauderdale