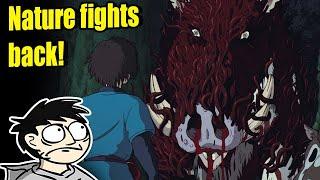 Go to https://buyraycon.com/stevereviews for your 15% off your first order. Brought to you by Raycon

It’s been a while since I last reviewed a Ghibli film, but from my Spirited Away review I asked which one you guys would like to see next, and a lot voted for Princess Mononoke. And yeah, I can see why!