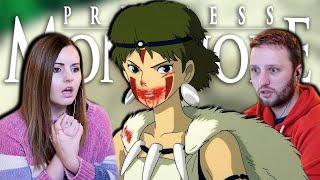 Suzy Lu & Steejo react to Princess Mononoke from Studio Ghibli. Princess Mononoke follows a young Emishi prince named Ashitaka, and his involvement in a struggle between the gods of a forest and the humans who consume its resources