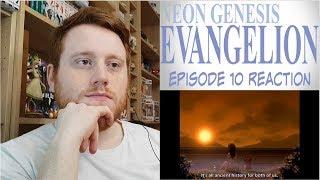 The Evangelion pilots (save for Rei) are excited about their upcoming class trip to Okinawa, but they are upset to learn that they cannot leave Tokyo-3, since they have to be on standby in case of an Angel attack. A dormant Angel, Sandalphon, is discovered in an embryonic stage nesting deep in the magma of an active volcano, and in the hopes of gaining greater insight into the Angels, Asuka is sent to capture it by lowering Unit 02 into the magma, while it wears a special giant coolant suit for protection. However, the Angel soon awakes and advances beyond its embryonic stage, forcing Asuka to battle Sandalphon while deep beneath the surface of the magma.